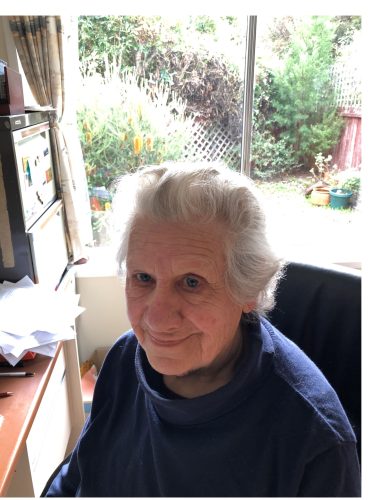 A champion of the Tasmanian wilderness and a stalwart of the campaign to save and restore Lake Pedder, Melva Truchanas recently died aged 92. Her friend and former Greens leader Christine Milne reflects on her life of courage and adventure, and an indomitable spirit that will continue to inspire long after her passing.

Melva Truchanas was a champion of the Tasmanian wilderness, a stalwart of the campaign to save and restore Lake Pedder and an inspiring and supportive friend to everyone who spoke truth to power and cared enough to take action for the Earth.

She loved wild places and spent her life walking, exploring, enjoying the plants and animals, and experiencing the moods of Tasmania’s mountains, rivers, lakes and coasts. She could describe the silence, the brilliant night skies and the way the light fell over its mountains and ridges. She could describe the hazards of the walking tracks and recount her exploits conquering them and how they were developed or protected right back to the 1950s.

She was passionate about protecting our forests and understood to the very core of her being what Henry Thoreau knew:

“In wildness is the preservation of the world.”

As a young woman Melva joined the Launceston Bushwalking Club and walked the length and breadth of Tasmania including into the southwest in 1952. In 1953 ET Emmett, head of the Tasmanian Government Tourist Bureau, described the south west as ‘a veritable no man’s land’ where any lone traveller would be taking his life in his hands. It is an inferno of mountains, gorges and impenetrable forests.’ I quote that to demonstrate what an adventurous spirit Melva and her fellow bushwalkers had in the 1950s, and the incredible effort they put into having the ‘no man’s land’ and’ inferno’ declared the Lake Pedder National Park only two years later in 1955.

She spent a year bushwalking the mountains of New Zealand, before she was married and decades before it became commonplace for people to travel to walk the high and rugged mountain tracks of other countries, let alone without any communication with the outside world.

That adventurous spirit, that courage, that curiosity about the flora and fauna, and the need to document it stayed with Melva throughout her life. She loved our endemic plants and animals, and keenly promoted them for their beauty and the habitat they provided in gardens and public spaces.

She was a founding member of the Society for Growing Australian plants and was described as a passionate, enthusiastic, committed, dedicated, loyal member and attended meetings right up until a week before she died. As Keith and Sib Corbett noted :

“Apart from the many other things Melva did, she came on many of our SGAP/APS walks, most memorably perhaps on the first walk we did to the Tyndall Range, in February 1985.”

After she and Olegas married  they continued to explore Tasmania walking and cross country skiing, including at Cradle Valley – she joined Friends of Cradle Valley – a place special to her. I know it pained her to watch the rampant commercialisation of a place so close to her heart, but she was immensely grateful to those like Nick Sawyer who continued to take her there as her mobility deteriorated.

Melva knew from bitter experience with the revocation of the Lake Pedder National Park in 1967 for the Gordon Scheme that it was not enough to lament the loss of wild  places – you had to fight to protect them. She was ready to take it on in spite of losing her home and Olegas’s precious slide collection to the bushfires that same year.

She was a feisty, tenacious and courageous woman who never complained. The courage she had shown in getting out into the wilderness when others didn’t dare, came to the fore in the epic Tasmanian battles to save Lake Pedder, the Franklin river, the Tasmanian forests, and the campaign to restore Lake Pedder. She helped establish and joined or chaired organisations like the SW Action Committee. She attended meetings, rallies, wrote letters, kept minutes and filed records, and supported everyone on the frontline including becoming a friend of the ABC to try to protect public broadcasting in the public interest.

Melva understood you had to get political to protect public land and your community. She knew you had to keep records of the struggle to keep the story alive for future generations. She joined and supported the United Tasmania Group when it contested the state election in 1972 and was an enthusiastic and outspoken supporter of the Tasmanian Greens. She was delighted to be made a Life Member. She was overjoyed by the declaration of the Tasmanian Wilderness World Heritage Area and its subsequent extensions including the inclusion of the forests in 2013.

In March this year, the Lake Pedder Restoration Committee marked 50 years since the waters of the Serpentine impoundment drowned Lake Pedder and we held a gathering near Strathgordon.

Melva came and was beaming, blue eyes shining as she took in a perfect south-west Tasmanian day. Although I don’t know what she saw in her mind’s eye as she sat looking out towards the Frankland Range, I imagine it was Lake Pedder and the Serpentine Valley as she had known them when she and Olegas and the children together with watercolourists and friends had wandered the beach, enjoyed the shallows, tannin waters, and the magnificent changing of the light over the Lake she had worked for fifty years to restore.

At the lunch she proposed a toast,

”to all the Pedder campaigners who have perpetuated the legacy of the lake and inspired a new generation of activists to fight for Tasmania’s wild places.”

And that exemplified Melva. She was always grateful for whatever contribution people could make. She was an optimist and knew the restoration of Lake Pedder is inevitable; just a matter of time. But it also exemplified her critical role as a mentor to several generations of activists.  She knew how important it is to encourage, nurture and mentor young activists and Green Parliamentarians of all ages and stages.

Over the years, she would send a card or an email of encouragement, and it was so good to know that Melva had your back. Her core message was always: ‘You are doing a good job and make sure to be kind to yourself’.

She kept up with everything, when Zoom was used widely in the pandemic in 2020, she was delighted by the capacity of the new technology to educate more people and she wrote:

“I see this recent gathering of people, with new sharing facilities like Zoom, can learn, recognise and join other successful actions for restoration of the land. They can learn that previously ignorant and foolishly-made decisions can be reversed, and further foolish decisions could be prevented.”

And she was ninety!

She was the thread that joined we Greens and conservationists together over generations. She was a huge part of our corporate memory. She was always there.

But the thread is not broken. Melva’s indomitable spirit and her wise counsel remain with us and will continue to inspire us to redouble our efforts to campaign for the wild, for the forests, and the restoration of Lake Pedder.

As Bob Brown has said,

“Melva was the cheery spirit who, more than anyone else, connected the original Lake Pedder defenders with today’s growing campaign to restore the lake. She was a fabulous advocate for the island’s wild and scenic beauty. A true Tasmanian champion.”

That she was and I would add, a kind, loyal and generous friend, and a strong Green woman ahead of her time.

Christine Milne AO is the former leader of the Australian Greens.

Hero image: Lake Pedder between 1968 and 1972 via Wikimedia Commons.